LOM17
Released as CD and webrelease

Credits:
Vocal, prepared violin and bow by Tijana Stanković
Text by Tristan Bath
Cover by Jonáš Gruska and Lucia Kovaľová
Recorded by Jonáš Gruska in LOM freezer in Petržalka
Mastered at The House of What You See
2020 CC BY-NC-ND 3.0 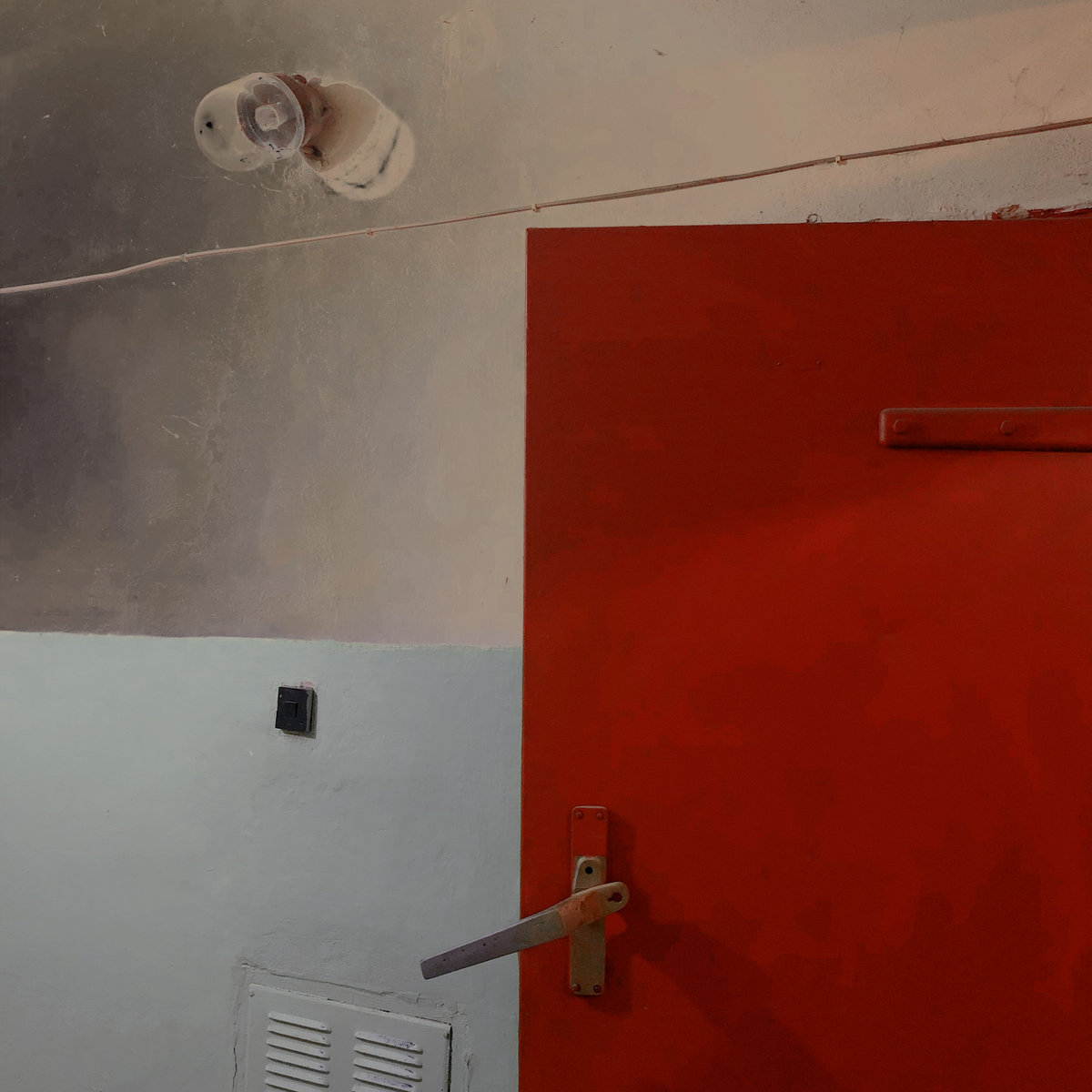 Freezer is an album of raw and emotive improvisations by Serbian violinist-vocalist Tijana Stanković. Her chosen theme, the proverbial ‘freezer’, makes for a stark setting, serving as both a musical metaphor and literally the echoey meat freezer in Bratislava where the music was created and recorded. “Freezer is a place of cruelty and hope,” Stanković says. “It is a metaphor – an inner place where thoughts and feelings wait to be addressed.”Though a dedicated free improviser, Stanković’s background in folk and Ethnomusicology puts her in touch with an ancient emotional syntax. Her key tools – violin and vocals – both yearn with an organic and creaking fragility, tied irrevocably to old cultures. As a means to express, they offer boundless possibilities (something Stanković has long explored in a vast array of collaborative groups, ensembles, and projects), but locker herself in the Freezer, on these recordings Stanković gains access to some potent introverted sonic realms, putting them in stasis to keep them at their most genuine, honest, and revealing. “To freeze,” she explains, ”is to preserve.” 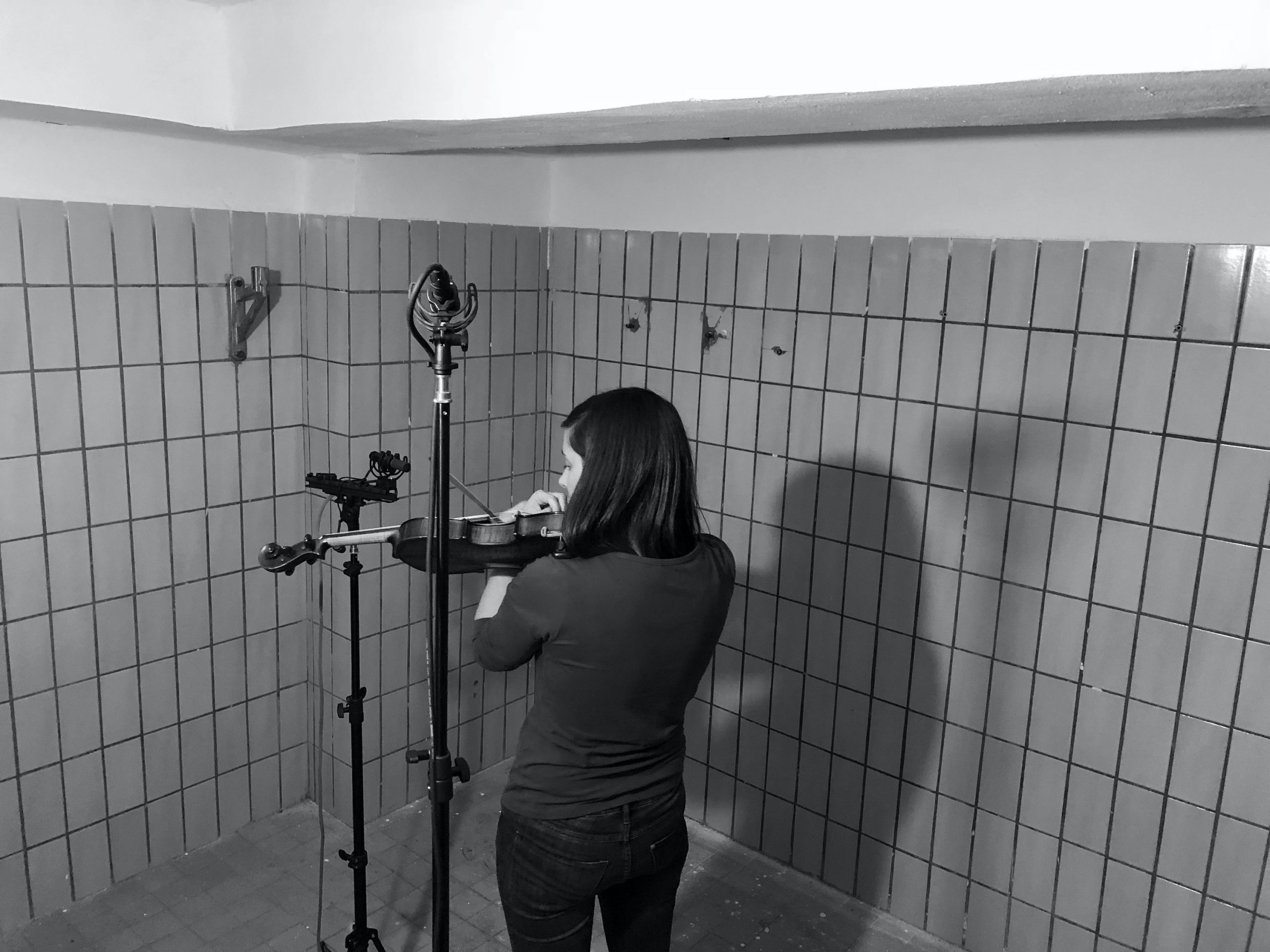 Each of the four lengthy improvisations captured on Freezer takes its aesthetic to a logical endpoint. For example, ‘From dust and shine’ is a trip into gentle bow strokes over jarring and fragile violin strings, droning and grating between ethereal half-melodies and gentle moans. Stanković’s violin can at times evoke a creaky wheel as much as a musical instrument.

Though very much locked away in her own world of free and idiosyncratic music, the melodic character, stark sentiments, and heterophony of Balkan folk also play an important role. Closing track, “salty words” has Stanković meditate loudly on a trembling violin string repetition, wordlessly vocalizing a vast spectrum of inner angst.

Freezer is the culmination of Stanković’s abilities as both instrumentalist and improvising, coalescing her experience into a uniquely personal statement, aptly captured to tape in a freezer. Living until recently in Budapest, Stanković is now based in Belgrade.

“I would like to dedicate this release to my dearest friends who were there for me when I needed them the most.”

(…) Freezer is in a league all its own. Stanković not only makes use of the standard palette of extended techniques, preparations, pizzicato, and unconventional bowing to produce these pieces; she adds further detail with vocal elements that draw influence from Balkan folk music, the agitated, trembling drones almost imitating the shivers that might creep into one’s voice if one were actually trapped in the meat freezer where she recorded the album.
Jack Davidson, Noise not music