The sound of forest is born both out of celestial and terrestrial change. Earth’s rotation around its axis and its revolution around the Sun make forests elliptical sound environments. Rotation brings a day/night cycle and revolution brings seasonal change. As the forest trails these two ellipses the sound changes.

On “Soundscapes of summer” Izabela is presenting natural soundscapes recorded in and near Polish forests during June and July. It’s a meeting of white storks from Zywkovo and black cormorants from Katy Rybackie, of forest showers and sea waves crashing against the shore, breakfast demands in the morning and serenades in the evening.
All those sounds are an expression of the natural lifecycle, a glimpse on flurry of it in its summery peak. 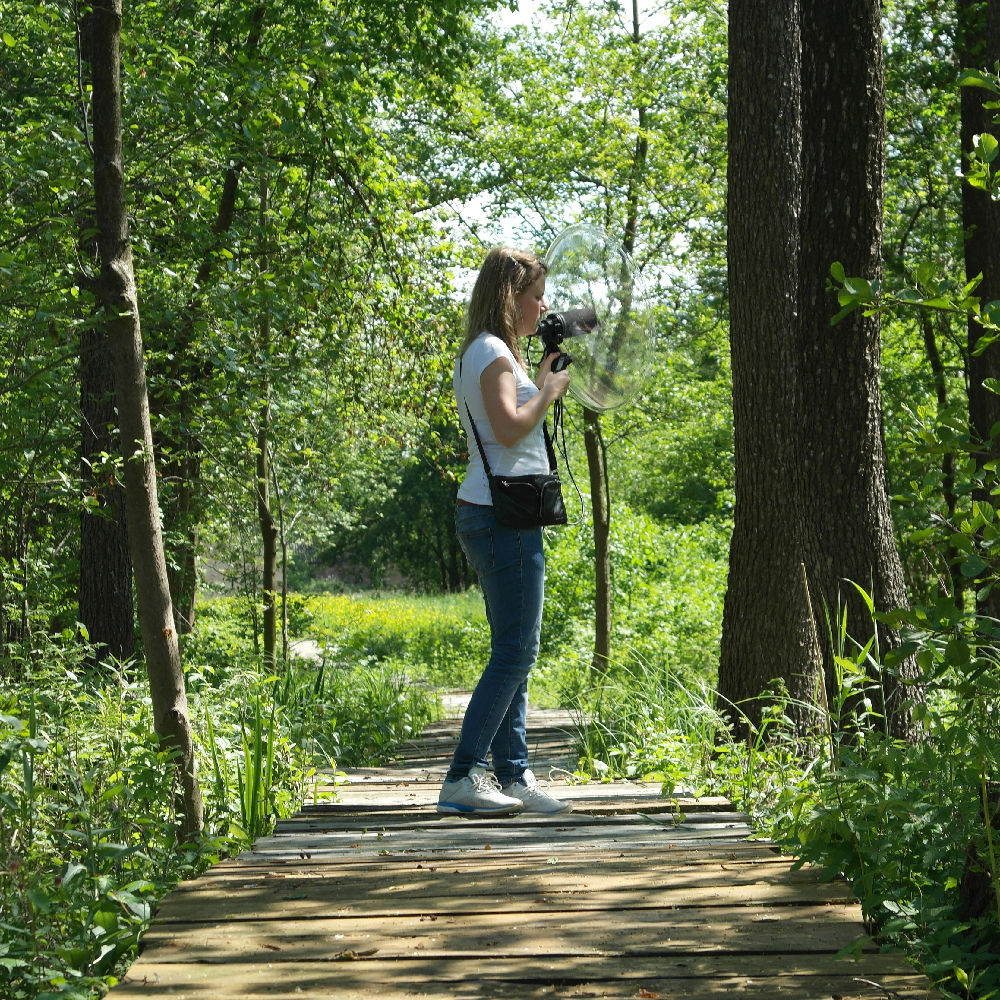 “As I am blind since birth, I have always been particularly sensitive to sounds. When I was a child, I became interested in bird voices, which soon led me to discover nature recording. I started with a noisy, hissing tape recorder, but what treasures those recordings seemed to me at that time! Now, sixteen years later, I am still following my passion, but with a fully professional equipment. Through recording the natural world, I try to capture its beauty, its subtle music, its gentle voice. I try to understand its mystery: the mystery of life – this indescribable treasure we share with all the creatures, the mystery of fleeting moments, of sadness and hope brought by changing seasons… It is through observing nature that I have received perhaps the greatest lessons regarding the meaning of life in general and the meaning of my own life. Through my recordings, I hope to share with you some glimpses of wisdom and beauty of the natural world.”