András Cséfalvay – Funeral the Musical and another tabletop opera

LOM07
Released as cassette and webrelease

Many thanks to Peter Edwards 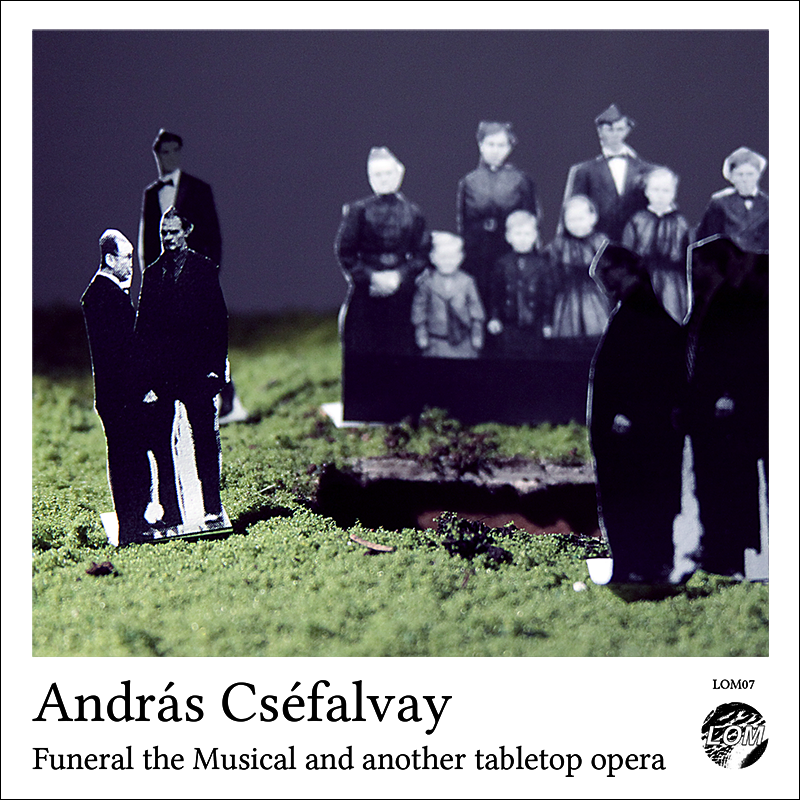 András Cséfalvay is mostly known for his works in visual and conceptual art, but recently he started to show promise as a musician. Well, more then promise–we were truly hit in the [heart], when we received his newest work. Opera called “Funeral the Musical” is a set of intimate bedroom recordings telling us stories about worms, love and graveyards. Delicate, yet powerful voice, covered with harpsichordy-icing and synthesizery-cherries navigates us through the story with bravery and embarassing honesty at the same time.

“Funeral the Musical” is released on cassette and as a digital release. Cassetes contains one extra opera called “Granddialogue between Sauron and Saruman” and a cutout template with characters from the operas for further re-enacting of the stories.