LOM10
Released as cassette and webrelease

Credits:
Music by Amen Tma
Chants by Dweller (X)
Words by Daniel Bruns and ::.:
Cover art by Christian Orlock
Mixing by ::.: at Mydriasis
Mastering by Jonáš Gruska and ::.: at Lunar Mastering 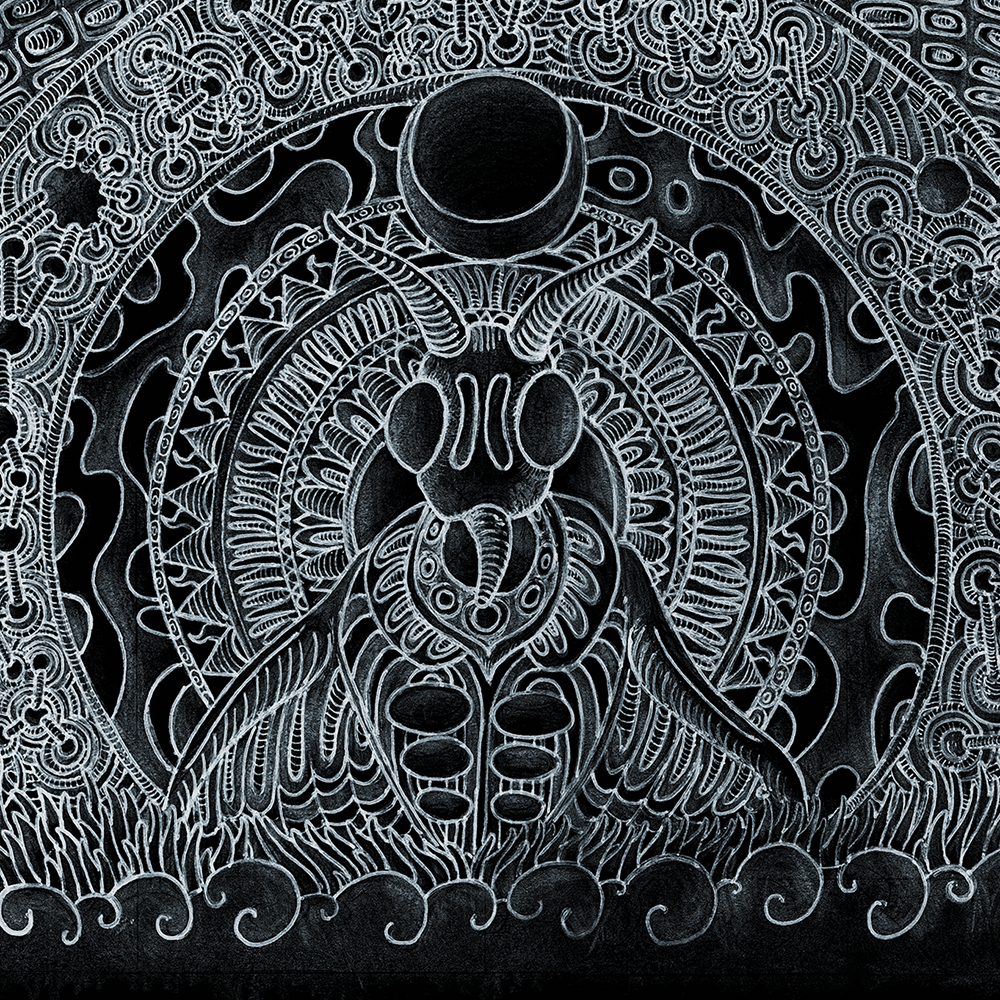 Amen Tma is a project of ::.: and acidmilk. Spiritually a successor to Angakkut, but musically a completely different entity, it was conceived in late 2011 for the purpose of experimentation with combining composition techniques of electroacoustic music, balinese gamelan and polymetric techno.

Spanning nearly three years of work, their debut album Insect Phonetics Research yields a study in sibilant stridulation sounds, interwoven with messages preaching an ever approaching Eschaton. This material is complete with a bonus live recording alongside remixes by Sion Orgon, Loyu, Drakh, Makkatu, Rentip, &apos, RBNX and Urbanfailure, resulting in a total 90 minutes of music.

Reviews and comments:
“Amen Tma, apparently, could be one of the best releases to come out in this region lately. Trend-free and with influences of the likes of Coil or Cyclobe, Amen Tma follows in a dark, psychedelic vein, tripping in a lair of an ant queen.”
Eastern Daze, link

“arguably the BEST electronic album from eastern europe I have heard so far ! so much thanks to LOM Label for bringing up this masterpiece ! a must listen”
Václav Peloušek – Bastl Instruments